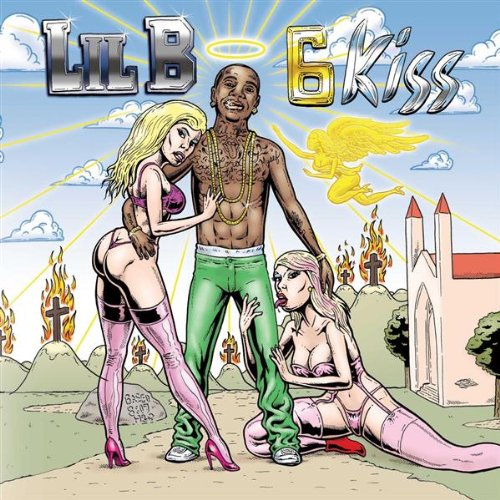 I blogged about this a little over a year ago, but that was before Lil B was the internet sensation he is now so I figured it was a good look to re-up this song that I did with B back in July of 2009. I made a special trip out to the Bay to meet the young bol and get some work done with him and he was truly the most kind, interesting, genuine kid I’ve ever met in this rap game. Spending 10 seconds with B will forever prove to you that everything he does is worth paying attention to… regardless if you like it or not. This song we did is pretty damn silly and I’m not extremely proud of how it turned out, but it is a worthy part of B’s diverse discography and I’m actually really proud to be a part of Lil B’s now classic album “6 Kiss” (even though I get no production credit on it! Hah!). I’ve gotten a lot of good feedback on it from a variety of sources regardless of my own personal feelings about it but it’s definitely kinda crazy to have a song on an album that Soulja Boy has in his top 10 of all time. It’s also the 7th most popular Lil B song on Amazon so clearly people are feeling it.

Anyway, look out for The Based God World Takeover that’s BEEN happening and will likely continue to happen in the coming weeks and months and (hopefully) years.

LONG LIVE THE BASED GOD!

Lil B “I Want Your Bitch” (Produced by Emynd) (Mp3 Mediafire)