If you didn’t know, I’ve got a ton of remixes/blends available for purchase on legitmix.com.  Go grab em here!

Oh heck yes, it’s going down this Saturday night! We’re back with another amazing edition of It’s The Year and this time we’re pulling out all the stops for It’s The Year 1993! We’re celebrating the homies’ The Decades Hat Company new hat release for the gorgeous Ebbets Field Flannel Cap, we’re giving away free matching 93 Til Infinity Phillies t-shirts, and we’re playing nothing but bangers from the absolutely epic year of 1993. Everything from Souls of Mischief to Robin S to Lenny Kravitz to Snoop to Janet Jackson is getting played and you’re going to sing along to every single word and wake up with the worst hangover of your adult life… because there’s no better way to be nostalgic than to get terribly hungover. Stream the mix above, download it below, and check out the tracklisting. Otherwise, see you at Johnny Brenda’s Saturday Night! Doors open at 9 PM! Don’t forget to check out Philly Weekly’s interview with Reef the Lost Cauze about the party and check out NPR’s accidentally timely reminiscing post about Bay Area rap in 1993 as well!

To all my Philly heads, do NOT forget that this Saturday, we are back again for another edition of It’s The Year this time bringing you all the 1994 goodness you can handle. If you’re not aware of our ongoing Itâ€™s The Year Parties with 215hiphop.com, it’s really simple: we pick a year and play ONLY SONGS FROM THAT YEAR. I put together a fun mix of classic bangers and original blends of songs from 1994 to help yâ€™all get ready to party with us this Saturday. Check the Facebook Invite for more info on this Saturdayâ€™s party, otherwise, stream the mix above or download it for your mp3 device. See yâ€™all Saturday and thanks again for all the support!

Here we go once again, strictly because I love y’all, the third installment of the Blent Up Mixtape Series, showcasing some of my favorite blends, edits, and mashes that I’ve been rocking in the club lately. If you missed Volume 1 or Volume 2 stop sleeping. As always, check out the joints below. Download the ZIP of all the joints or get just the ones you’re feeling. Hit up the comments section if you’re feeling ’em and don’t forget to check for Emynd’s original production on Soundcloud.

07. Nas ft Lauryn Hill vs Beyonce – If I Ruled The World vs Party (Emynd Blend).mp3

Back again with the second installment of the Blent Up Mixtape Series, showcasing some of my favorite blends, edits, and mashes that I’ve been rocking in the club lately. If you missed Volume 1 get it ASAP. In the mean time, check out the joints below. Download the ZIP of all the joints or get just the ones you’re feeling. Hit up the comments section if you’re feeling ’em and don’t forget to check for Emynd’s original production on Soundcloud.

04 Dr Dre vs Wiz Khalifa ft Too Short – On My Level vs Xplosive (Emynd Blend).mp3

07 Rick Ross vs Lil Jon – Stay Schemin vs What They Gon Do (Emynd Blend).mp3

11 Jazmine Sullivan vs Lady Gaga – Holdin You Down vs Bad Romance (Emynd Blend).mp3

13 Tyga vs Missy Elliot – Faded vs Get Ur Freak On (Emynd Blend).mp3

The other day, I was on a quick road trip listening to Extra Prolific’s now classic “Like It Should Be” and it dawned on me that I needed to put together a collection of my favorite Hiero songs. And… so I did. 27 of my favorite Hiero joints, all of which come before the year 2000. This isn’t because Hiero stopped putting out good music after 2000. Frankly, I have no idea if they did or didn’t because I haven’t been paying attention… but these joints all bang and this mix is a fun trip down memory lane with a lot of great rap that has aged extremely well. I’d like to think this is a good introduction to the Hieroglyphics crew for those who aren’t familiar with their work, but also a fun listen to those of us who grew up listening to them. Anyway, I hope y’all enjoy it!

Stream it above or download it below and don’t forget you can stream the rest of the 1st & 15th mixes here (or download them all individually here). As always, thanks so much for listening!

New Digital 12″ with production by Emynd and vocals by the homie from LA Infamous Kid. Blog, tumbl, tweet, and play it everywhere. Hope y’all enjoy it! Stream above, Dirty, Clean, and Instrumental below.

Bam! We got our big homie Skratch Bastid rocking with us at The Bounce this Friday (check the flyer for info!) and we’ve upped his classic 110% Mix as part of our acclaimed 1st & 15th Mixcast! If you haven’t checked this mix before, now’s the time. It bangs. Come check him out tomorrow at The Bounce and don’t forget to check the rest of the 1st & 15th mixes here (or download here).

Sad day. As my man THE SHOW aka The Class Prez said on twitter:

RIP Nate Dogg!! There would be no T-Pain, Akon, or whoever else making a living off just singing hooks without his trail blazing talent!!

The really remarkable thing about Nate Dogg to me was not only how vital he sounded on every single song he was in, but how universally accepted he was. I was surrounded by a lot of true school boom bap nerdery growing up and we all had pretty vocal and varying opinions on rap music. There were a few things however that we all agreed on and somehow or other, the fact that Nate Dogg was amazing was one of these things. His vocals have also aged really well. They don’t sound dated to me… they sound timeless. If you just take a quick glance at hip-hop, it might be easy to accuse Nate Dogg of being a cursory footnote, but anybody who knows anything about rap music knows just how important this dude is, was, and hopefully always will be. RIP Nate Dogg.

Enjoy Steve1der’s best of Nate Dogg mix above. It’s a truly great mix done with a great deal of respect for the man. 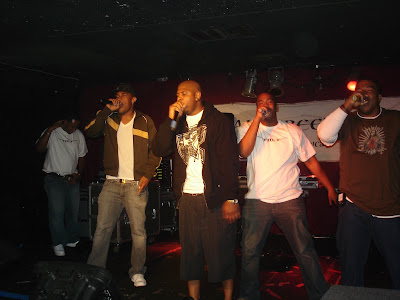 Wassup? My man Trey Peezy hit me up asking me to get the word out about this single called “Something About”. The song is hot so I obliged, the group is called Black Cotton and this is some nice smooth shit to put on early in the night to get the ladies warmed up.

I AM A NERD

I dunno if most of the folks that come to this site know this about me, but I’m first and foremost a huge rap dork. I grew up listening to rap music for my entire life and spent a good portion of my high school years totally nerding out and trading tapes of hard-to-find West Coast Underground rap with folks all across the globe. I posted a bunch of rare Project Blowed stuff over at CBRAP HERE and HERE and if you’re at all into adventerous rap music, I highly suggest you swing by and check that shit out. 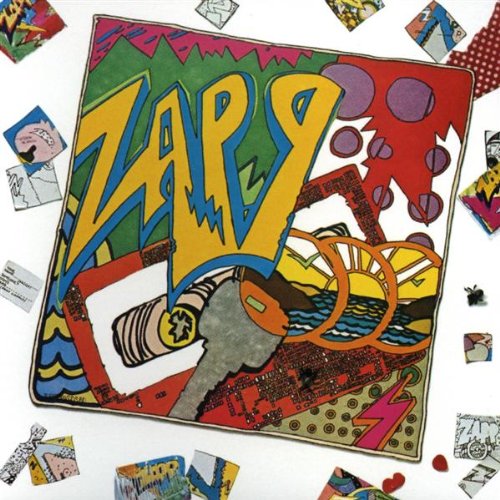 Paying respects to Pac who’s life we celebrate on the anniversary of his death, 9/13. Below I’ve posted the classic Zapp track that was sampled for Pac’s classic “Keep Your Head Up.”

Big homie DJ Mike B just released Drive By Bangers Volume 2 with a crap-load of classic and lesser-known-but-still-classic West Coast rap for The Hundreds.

Tracklisting after the jump, but expect plenty of Pharcyde, Ice-T, and NWA family.