Today, December 22nd marks the release date of Crossfaded Bacon’s newest release, *THE DRAMA EP* by North-Carolinian-turned -LA-Transplants BROTHER READE. I’ve posted a promo youtube above with a snippet of each song (and click after the jump to peep full length Youtubes videos of each song) but this is the first of many Hip-Hop releases soon to come on CFB. As usual, genre-limitations are busted open on this release as the production infuses elements and influences as far reaching as Dub Step, traditional Southern Rap, Big Room House, and that True School Boom Bap Rap while vocalist Jams F. Kennedy weaves his way through each beat. Featuring remixes by Emynd, Scott Matelic, and new CFB signee Them Jeans, we’re all really excited about this EP.

The entire EP can be purchased at the following locations:
Amazon
Turntable Lab
Junodownload
iTunes

END_OF_DOCUMENT_TOKEN_TO_BE_REPLACED

Alright, this jawn is much sloppier than the past 2 Honkey Breaks but I’m too lazy to spend a shit load of time fixing it. Enjoy for what it’s worth. 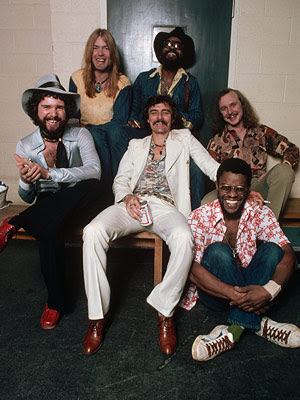 More Honkey Breaks for that ass. This time it’s the Allman Brothers “Midnight Rider” with the classic Bill Withers break running beneath it. I actually really like this. Shit is groovin’.

Honkey Breaks: “Down On the Corner”

I’m happy to report, last Friday night we had a very epic BOUNCE at the Barbary. Shit was bonkers, in no small part because it was my dude Steve’s (from Exit Skateshop) Birthday. Exit sponsors the party which makes for a bit of a strange marriage because Steve hates most of the music we play… but he comes and parties regardless. In an effort to make his birthday party a bit more enjoyable for his ears, I made a couple edits of songs he likes in an attempt to appease him and not completely alienate our dancefloor. I affectionately have these songs in a folder called “Honkey Breaks” in my Serato crates and I’m going to be sharing some of them with y’all. They’re mostly pretty sloppy, but fuck it, I spent like 20 minutes on these fuckers and they got the job done. Comments always welcome even if you hate the shit!

First up is an edit of Creedence Clearwater’s “Down On the Corner” that’s got some tastefully understated Bmore-styled drums. This shit is actually fairly useful.